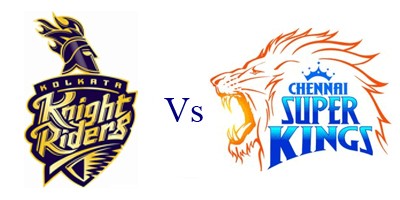 When the Kolkata Knight Riders host the Chennai Super Kings in today’s second fixture at the historic Eden Gardens in Kolkata, one set of supporters will definitely be more nervous and expectant than the other. While Chennai have all but secured their qualification and need just one win in their remaining three games to make it official, Kolkata are more delicately placed and will be looking to win all their remaining games in order to hold off Bangalore and claim the last qualifying spot.

Hosts Kolkata are enjoying a purple patch of form as of late, after a horrible leg in the UAE which saw them win just two games. They have won their last four games in a row, picking up eight points and moving into fourth place in the process. Their efforts will now be on ensuring that they can secure the playoff berth and challenge for the title which they won in 2012.

Chennai meanwhile have been consistently playing up to their usual high standards, and had only dropped points against Punjab this season, before their defeat in the previous game against a gritty Bangalore side. They are set to make it into the playoff stage yet again, and their fans must be hoping that the team manages to reclaim the title that has eluded them since 2011.

Coming to the players, Kolkata will be hoping that in-form opening pair Gautam Gambhir and Robin Uthappa can continue to provide a strong platform at the top of the order. They have regularly taken the pressure off the other batsmen and at least one of these two has batted on to make a big score in each of the team’s victories. This allows players like Yusuf Pathan and Manish Pandey to play the big shots without fear. Chennai must look to target these two early and restrict the run rate if they want to win the game.

The pitches at the Eden Gardens tend to be of the slower variety, and it is here that the Kolkata bowling attack will truly shine. They have been crucial to every success the team has had. The fast bowling unit led by Morne Morkel has done well, but it is Kolkata’s spinners who are the true match winners. Spin trio Sunil Narine, Piyush Chawla and Shakib al-Hasan have been highly effective at strangling the run rate and providing crucial breakthroughs in the middle overs of the innings and building heavy pressure on the opposition.

As for Chennai, their batting has been good per norm, especially opening pair Dwayne Smith and Brendon McCullum. Both have turned out to be brilliant purchases, and have together contributed nearly half of the team’s runs in the tournament. Their team will be looking to them to provide a quick start, especially in the early overs when the fielding restrictions are in place. This is McCullum’s last game this tournament before he heads home, and he will want to sign off with one more explosive innings. Meanwhile leftie Suresh Raina, who has been in indifferent form this year, finally played a solid knock in the last game, and Chennai will be hoping that he has rediscovered his form in time for the business end of the tournament. Lower down the order, MS Dhoni and Ravindra Jadeja are always capable of a few big hits to provide a strong finish.

The Chennai fast bowling unit has been inconsistent, and lacks a true spearhead with the experience to take quick wickets. As such Chennai have been heavily dependent on their spin department comprising Ravichandran Ashwin, who has been highly impressive all tournament, along with Ravindra Jadeja and lately, Samuel Badree. Part timer Suresh Raina has also chipped in regularly.

The game will hinge heavily on which team’s bowlers provide the quick breakthroughs. With both sets of spinners experienced and in good form, a couple of quick wickets could crush the opposition’s scoring rates. Gambhir will definitely be looking to deploy his spinners against Chennai’s most dangerous batsmen, and Dhoni may also choose to open his attack with a spinner against the dangerous Uthappa.

The dew factor will definitely come into play and affect the outcome of the game, as the team chasing has won the vast majority of matches at this ground; and as such the toss will be one both captains will want to win. With the average score at Eden Gardens being 148, we can look forward to another tightly contested low scoring game tomorrow, at the end of which one team will inch closer to the playoffs and the trophy.

Does India need the completely pointless tour to Bangladesh? 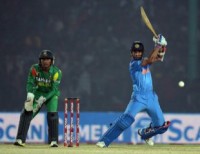 The 4 Contenders: Who will win the Ultimate Prize? 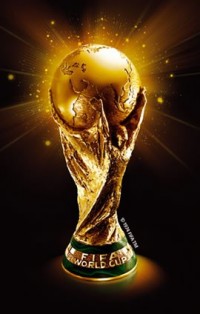 Netherlands vs. Mexico: A Preview