Sachin Tendulkar, 1998. MS Dhoni’s ton against Pakistan in Chennai, although in a lost cause in the end, will go down in history as one of the greatest ODI innings by an Indian batsman. MSN India takes you back to some of the best knocks by Indians in ODIs Runs: 143(131) Opposition: Australia Venue: Sharjah Result: Australia won by 26 runsThe champion within Tendulkar always saved the best for the toughest of opponents. His magical back-to-back hundreds against Australia are certainly some of the greatest innings of his ODI career. More than just the number of runs he scored; it was all about the pleasure of watching the world’s greatest batsman at the peak of his powers, effortlessly thrashing the likes of Fleming, Kasprowicz and Warne all along the ground. The first one came in a game where India’s place in the Coca-Cola Cup final against Australia was at stake. 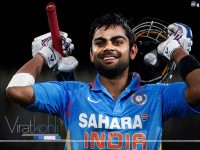 Sachin is BORED and updates his facebook wall :P 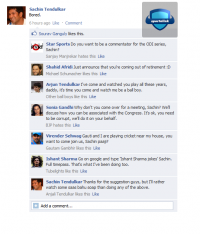