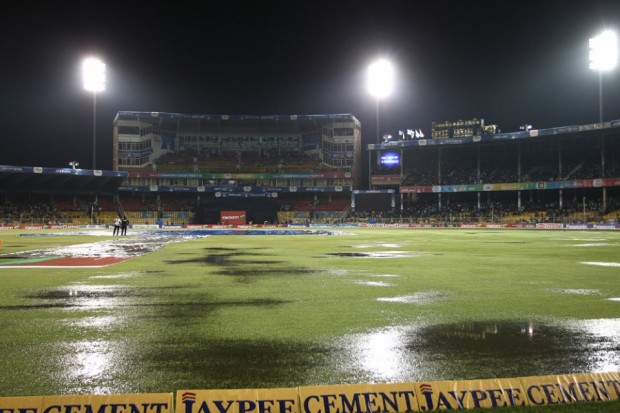 It was all going fine and the tournament was nicely poised. But, the rain gods decided to interrupt, and all the excitement and anticipation about the match, got over in a flash.

On a rain-effected day, Trinidad and Tobago won the first match by D&L method and with the virtue of this win, T&T are almost certain of making it to the semi-finals.

On the other hand, SRH didn’t get to play their last match and as a result; they are out of the tournament.

It was a disappointing end for SRH, after a brave show in the qualifiers.

This also means that, Brisbane Heat complete their CLT20 2013 campaign with just two points; having lost three of their four matches.