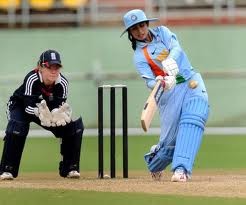 For all the hue and cry about women being equal to men there is hardly any parity in prize money being offered to men and women cricket team.  Indian women’s latest win over English team in whites has sparked the debate for equal prize money as their male counterparts moreover when the men were being thrashed all across England. But the how justified are these demands? Can we even consider men’s cricket team being far superior to women’s without being sexist?
Let us begin by analyzing why hockey, tennis, football etc are less paid than cricket in India. Is it simply because the players playing sports other than cricket are incompetent? Not really, the answer lies in the popularity of the sport and willingness of supporters to watch and celebrate the game. There can be no game without spectators. If people are willing to shell out more money for cricket then it is logical that the higher amount will trickle down to players in form of match fees or prize money. This has got nothing to do with quality of performance. Thus, clamor for equal prize money for women cricket team simply on the basis of good performance is unfounded. This is not to say that a sport with little fan following should not be popularized but equating it with pinnacle of sport in India i.e. cricket would be a bit farfetched.
Encouragement can be given through other avenues. There is a crying need to develop women’s cricketing landscape at grassroots level. This is easier said than done but in order to popularize women’s the effort has to be from ground up. Clubbing women’s tour with men’s tour Is another approach which has been followed in recently concluded women’s tour of England. Men’s cricketing event will definitely grab eyeballs and staging women’s tournament would deflect some of the eyeballs to other side of cricket as well. Last but not the least there should be enough performance linked bonus which would propel women players to do well and would serve as a motivation for budding players as well.
Currently as the game stands there is hardly any credence to the fact women deserve equal prize money as men. At the cost of being dubbed sexist I would say that women cricket at the moment lack the performance and charisma that would drag spectators in the stadium and until and unless you have a good amount of following it is simply not fair to demand an exorbitant prize money hike. Though the future may be different as in case of tennis where there is equal prize money for both men and women. But in tennis women tennis scenario is well established with women’s matches being well attended and followed and many female tennis players have carved their own niche. There hardly any such thing in women’s cricket. Until this happens we can be rest assured whether we like it or not cricket will be dominated by men.