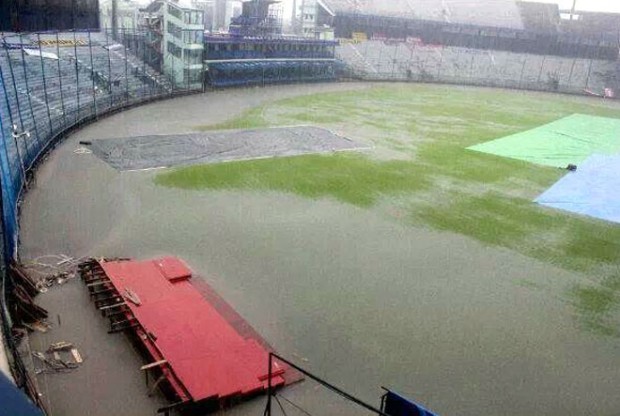 The fifth ODI between India and Australia of India Australia ODI Series 2013 in Cuttack has been called off due to a wet outfield.
There was a formal inspection by the umpires in the morning today and after that the official decision was taken. Heavy rains over the past few days had caused the second consecutive match to be abandoned by rain. No spectators turned up and their money will be refunded. Australia lead the seven-match series 2-1. Next match will be played at Nagpur on 30th Oct. A win is must for India in next match so as to remain in hunt for the trophy.