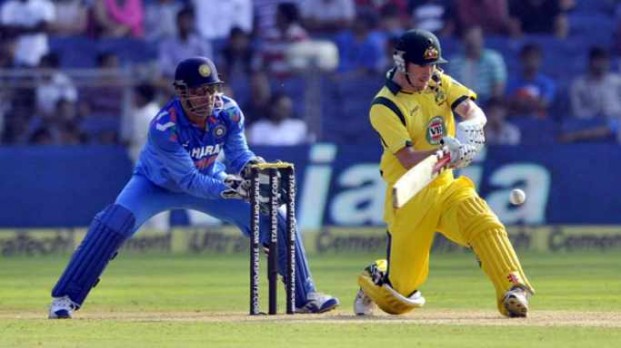 Sixth ODI of the seven-match series between India and Australia

Australia are sitting pretty with a 2-1 lead in the best-of-seven series after the successive wash-outs of the fourth and fifth games of the long series at Ranchi and Cuttack on October 23 and 26.

PLAYERS TO WATCH-OUT FOR:

Mohammad Shami’s inclusion in the third ODI resulted in a better bowling effort and his performance was appreciated by one and all.

Ravindra Jadeja’s accuracy is his strongest point and getting him away will be a big task for the Aussies.

Mitchell Johnson’s contribution has been a major reason for Australia’s success. With his raw pace and slinging action, he will be a player to watch-out-for