RCB vs SRH : The battle for the semi-final spot intensifies

SRH and RCB clash in this all important tie, which could very well be a make and break match for both the teams. The teams are locked in an intense battle with KKR and MI for a final four spot. A loss for the Sunrisers would almost end the season for them, while RCB who would be buoyed after their win over CSK will look to strengthen their position on the table.

RCB’s problem has been their unpredictability both in the batting and bowling department. Although Starc has been good for them, Aaron has blown hot and cold. They have had to play a 42 year old Murali alongside the impressive Yuzvendra Chahal. But their bowling still lacks the bite. Their batting line-up, which was considered the best pre-tournament, has’t quite lived upto its reputation. Yuvraj has finally sparkled back to form, and Gayle has contributed inspite of not being at his very best. But it is Kohli that Bangalore will hope can spring back to life after a dormant run this IPL. If he fires Bangalore could be back to their menacing best.

The Sunriser’s bowling attack has been well led by Steyn and Bhuvaneshwar, but Amit Mishra has had the most horrid time of his life and has been the weak link in the line-up.  They have changed their captain mid-way through the tournament. The captaincy seemed to be affecting Shikhar Dhawan, so he was replaced by Darren Sammy, the West-Indies T-20 captain. Sammy hasn’t been in the best of forms in this IPL and that may be a bit of concern to them. Their batting line-up is top heavy with the troika of Dhawan, Finch and Warner occupying those positions, and when they have failed SRH have struggled too. Irfan Pathan hasn’t had too much impact and their lower order has generally struggled.

The last time these two teams met, AB De Villiers gave Dale Steyn a royal thrashing to steal a win from under the Sunriser’s nose, that is one contest to look forward to. The match should be an interesting one and since there is all to play for we can expect a fiery contest. It may just boil down to a battle between Sunriser’s bowling attack vs the Royal Challenger’s batting. 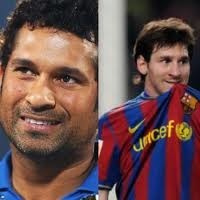