Sunrisers Hyderabad can dare to dream 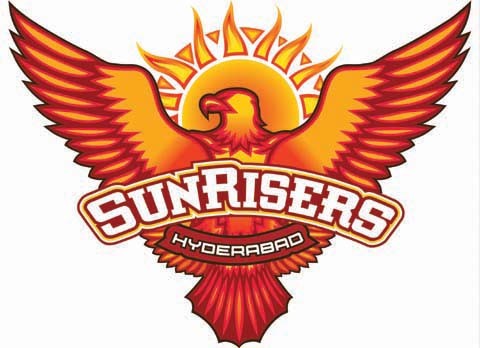 The Sun TV network, owners of the Hyderabad franchise, have had a challenging initiation. After financial issues led to the termination of Deccan Chargers, there was a notion that the IPL would once again be reduced to an eight-team affair. However, things changed and the Kalanithi Maran-promoted group acquired the franchise for a sum of 80 crores per year for the next five year, which is still nowhere near what Kochi Tuskers, the terminated outfit, and Sahara group paid.
A study of mergers and acquisition is a complex subject, but for the general public who often read about takeovers, it must be established that there is a lot more that goes in to it than just the money aspect. However, in this case since we’re only concerned about the cricket, there were questions raised over payments not being made to a few players contracted to Deccan Chargers. The Sun group’s professional handling of the subject must have brought some relief to all parties concerned.
For starters, the team owners had their priorities in place. Instead of starting from scratch, the team decided to reinforce faith in players already contracted. To oversee proceedings, they signed the experienced Tom Moody, the former Australian player, as coach, with Waqar Younis, the Pakistani legend, looking after the bowling department.
What Sunrisers wouldn’t want is the baggage of the past coming to haunt them. Hyderabad was anything but lucky for Deccan Chargers, and the new team setup would hope the tide turns. The side has two fine mentors in Krishnamachari Srikkanth and VVS Laxman, who should provide the right guidance and advice.
Key to their fortunes will be the performances of Dale Steyn. He took 18 wickets from 12 matches last season and will spearhead the attack once again. His ability to swing the ball at seething pace can make him a lethal prospect even on flat pitches. For company, he has Ishant Sharma, who showed signs of return to form in the recently concluded Test series against Australia. He has been sporadic of late and will need a much needed transformation if he has to be considered a bigger threat.
In Darren Sammy, the franchise have  street smart operator. A very handy lower-order batsman with the ability to bowl some useful swingers, he could prove to be the X-factor. Also as captain of West Indies, he can pass on some suggestions and inputs to Kumar Sangakkara, the regular captain.
The big hitting prowess of Thissara Perera could also prove to be handy, while Quinton de Kock’s exploits in South Africa’s domestic season could also command a look-in. When that could happen, is anyone’s guess.
No team can completely rely on their foreigners. While the Indian players who were a part of the setup last year continue to feature in the mix, the difference lies in the confidence levels. Shikhar Dhawan is coming off a blitzkreig of a century on Test debut against Australia, while Parthiv Patel comes in on the back of T20 success with Gujarat in the Syed Mushtaq Ali Trophy. Among other players, they have a leggie in Amit Mishra and the cany Ashish Reddy.
As a side, there is no doubt they have match-winners in their ranks. But despite that, they haven’t quite managed to realise their true potential. In terms of leadership, Sangakkara brings a wealth of experience to the table and the bowling attack too boasts quality. Not always has the IPL seen tracks with pace and bounce, but the ones which do so, could suit the Sunrisers Hyderabad.
They need to keep in mind a couple of losses don’t really make too much of a difference. A common trend has been the team losing intensity after a couple of losses, which piles on the pressure further resulting in the team crumbling. If they come out of this, Sunrisers, under a new management setup, can realistically hope for a good season and perhaps dream of finishing in the top four.
Tweet

Its Steyn, Steyn & Steyn last time...He & Dhawan were the only players for them last year...Under a new management setup, they need to focus on giving just 140-150 runs target & let STEYN do the talking afterwards :D