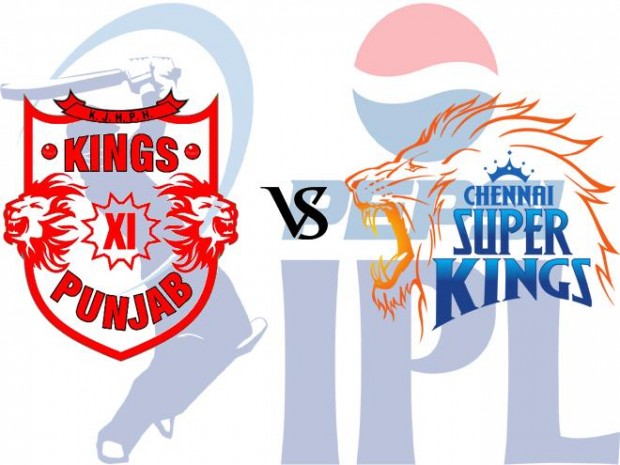 In the third match of the IPL 7, perennial heavy weights Chennai Super Kings will take on perennial underdogs Kings XI Punjab in Abu Dhabi. Chennai will hope to put aside their off field issues and kick off the tournament on a positive note, while Kings XI Punjab will hope to see quick rewards for their excellent recruitment campaign.
Unlike previous years, both the teams seem to have a formidable playing XI and will be expected to compete on level ground. Chennai boast a healthy 8-3 head to head advantage including a semi final win the inaugural season. Expect this game to be much more even unlike what the record suggests.
Chennai retained their spine of – MS Dhoni, R Ashwin, Suresh Raina, Dwayne Bravo and ‘Sir’ Ravindra Jadeja. Adding to this are in form overseas players like Samuel Badree, Faf Du Plessis, Brendon McCullum, Ben Hilfenhaus and Dwayne Smith along with domestic youngsters Vijay Shankar, Ishwar Pandey and the promising Baba Aparajith. Picking a playing XI will be selection headache that MS Dhoni and Stephen Fleming will relish.
Punjab on the other hand retained only last year’s hero David Miller and youngster Manan Vohra. An impressive showing at the auction landed them with the likes of George Bailey, Mitchell Johnson, Shaun Marsh, Glenn Maxwell, Thisara Perera and Beuran Hendricks fighting for the 4 overseas slots. Filling the rest of the positions will be experienced internationals like Sehwag, Balaji, Murali Kartik, Cheteshwar Pujara and Wriddhiman Saha along with the domestic players in the ilk of Parvinder Awana, Gurkeerat Singh Mann, Rishi Dhawan and Mandeep Singh among others.
With a plethora of big name players to pick from, it seems futile to try and pick out flaws in the team rosters. But there are some flaws that can be easily exploited by the oppositions. Chennai lack depth in the fast bowling department. Ben Hilfenhaus is the only established big name fast bowler. Matt Henry can be an able deputy, but playing him would mean playing only one of Du Plessis, McCullum, Dwayne Smith and Samuel Badree (assuming Bravo and Hilfenhaus play). Given the green pace friendly pitches we have seen in the opening 2 games, it could be a gamble that Dhoni would have to take. Punjab’s abundance of Australians means that any mistake by the fast bowlers is likely to be thoroughly punished.
Punjab in return has poor depth in the spin department. If the pitch turns out to be a turner all their seam strength – Mitchell Johnson aside – would be worth nothing and they might have to turn to Sehwag to bowl a couple overs of his off spinners. The likes of Dhoni, Raina and Jadeja will relish that opportunity.
On the bright side however, both teams offer exciting fire power in their batting department which could be a sight to behold for the neutrals.
Probably XIs
CSK: Du Plessis, Dwayne Smith/McCullum, Suresh Raina, Baba Aparajith, MS Dhoni(c) (wk), Jadeja, Dwayne Bravo, R Ashwin, Ben Hilfenhaus, Ishwar Pandey, Mohit Sharma
KXIP: Sehwag, Manan Vohra, Cheteshwar Pujara, George Bailey (c), David Miller, Glenn Maxwell, Wriddhiman Saha(wk) , Rishi Dhawan, Mitchell Johnson, L Balaji/Awana, Murali Karthik. 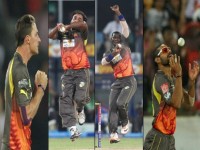