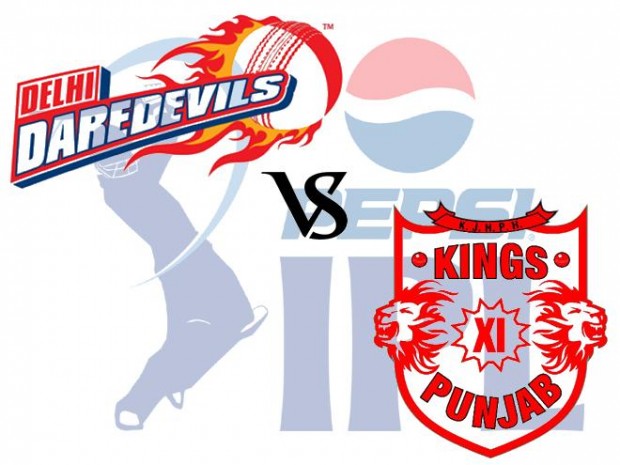 Delhi Daredevils are the only team so far to be officially out of running for a top 4 place. Chennai Superkings, Rajasthan Royals, Kolkata Knightriders and their next opponents Kings XI Punjab have already accrued more points than mathematically possible for Delhi this season. With the two teams and the extreme ends of the spectrum, you would expect the two teams to have not much to play for. However, Delhi will be playing to avoid their second consecutive wooden spoon. Punjab will look to take advantage of Chennai’s slip up against Kolkata to cement the top place and by inference a top two finish.
Delhi have won 2 out of the 11 games they have played this season. Kings XI Punjab have lost 2 times all season having played a game less. Neither of these two teams would have any specific vested interest in this game. Delhi come into this game having conceded 201 runs at Ahmedabad -  a traditional dust bowl - against Rajasthan Royals. Kings XI come into this game having successfully chased 205 with 8 balls to spare against the Sunrisers. Most importantly, Punjab sit on top of the league table, whereas Delhi sit firmly rooted to the foot. Delhi decidedly, the weakest bowling line up in the league. Punjab have the strongest batting line up having successfully chased three 200+ scores already this season. These two teams are the yin and the yang of the league stages of this year’s Indian Premier League.
The Delhi pitch has tended to offer some juice for the seamers and for the batsmen. Interestingly enough, this promises to help the away team more than the local team. Delhi have played Rahul Shukla or Siddharth Kaul instead of the far more successful Jaidev Unadkat and Wayne Parnell instead of Imran Tahir. Given Orange Cap holder Glenn Maxwell’s prowess so far this season against the slower bowlers, they may consider making these swaps. Also, finally giving into the outside pressure and playing JP Duminy higher up the order might be a wise call. Playing your top scorer at no. 5 or 6 in a 20 overs a side game is hardly the wisest thing especially, when nobody else seems to be contributing much.
Punjab for their part would like to use the game against Delhi to strike a balance in their bowling before the play offs. Mitchell Johnson has struggled buy offered some genuine pace. Awana has been out performed by the likes of Balaji and the rising star of Sandeep Sharma. Young Akshar Patel has offered consistent economy but not delivered too often on the wickets front. Shivam Sharma has delivered that but he often comes in at the expense of Rishi Dhawan or Balaji, who have decidedly been more accomplished. It is crucial for them to find the right balance going forward even if it includes dropping Mitchell Johnson for local favorite Shaun Marsh or giving Beuran Hendricks a go.
Whether the teams take this game seriously, whether they use this to simply experiment for the future, we will find out. But the thing that is certain is that if Kings XI Punjab bat first, then we could see some real fireworks from Virender Sehwag, Manan Vohra, Wridhhiman Saha, Glenn Maxwell, David Miller, George Bailey and company. It’s a salivating prospect. This game promises to be a one sided affair and simply thanks to the batting fire power in the Punjab line up.

What should be Jose Mourinho’s aim for next season after another trophy less season for him?