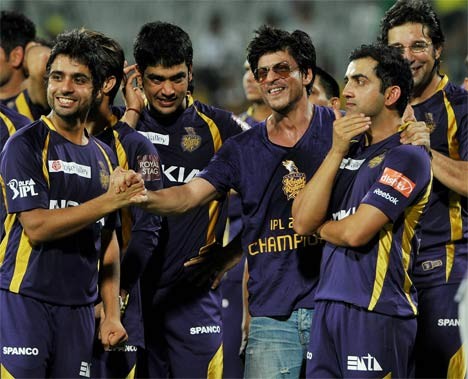 When you’re blessed with a team owner as optimistic and confident as Shah Rukh Khan, it is bound to rub off on your team. And if you also have a captain who always puts team over self, the team is certainly in good hands. The Kolkata Knight Riders embark on another journey in the 6th edition of the Indian Premier League on a quest to defend their title.

In the initial seasons of the IPL, the Kinght Riders flattered to deceive. Despite having a strong squad tailor-made for the format, they struggled consistently to cross the line under pressure. Having finished 6th,8th and 6th in the first three seasons, the team did well after undergoing a revamp and made it to the play offs in the 2011 edition. The mistakes were rectified in the next year as they went on to dismantle CSK in the final.

Muscle Power and the art of elegance:

Like CSK, KKR is blessed with plenty of variety in their line up. While McCullum, Bisla, Morgan and Yusuf Pathan do the power hitting, Gambhir, Manoj Tiwary and Kallis are the sheet anchors. Mystery spinner Narie is was their superstar during the 5th edition of the IPL and Brett Lee’s experience will provide impetus to their bowlign attack. Balaji’s varirations and Bhatia’s sturdiness gives them an added advantage on the Indian wickets.

Despite having strength in all three departments, most of the KKR players are unpredictable when it comes to their consistency. Death bowling has been a problem, barring for Narine. There were occasions when the top order skittled very early leaving the team in disarray. The form of Yusuf Pathan and Gautam Gambhir is a concern. Folks like Laxmi Shukla and Rajat Bhatia haven’t proved to be match winners yet. Can they step up and make it count?

THE Knight Riders to watch out for:

Sunil Narine: With 24 wickets in 15 matches, Narine was the 2nd highest wicket taker in the 2012 edition. With an economy rate of 5.49, he was certainly a key to KKR’s success. Unlike Ajanta Mendis, Narnie has managed to stay a mystery spinner for a longer time and batsmen still struggle to pick the West Indian spinner. He will be the opposition’s biggest threat.

Jacques Kallis: Kallis has always been a mass run getter for both South Africa and his previous IPL franchises. Some experts pip him as the best all rounder to have ever played the game. He’s known to be a partnership breaker and he has taken 45 wickets in the IPL thus far. With 1965 runs, he is also the 5th highest run getter in the league. If he’s in form, the opposition will have a tough time ahead.

Brendon McCullum won’t be available for the first game as he is yet to fully recover from a hamstring injury. Shakib Al Hasan is a doubtful starter too. James Pattinson, the new addition from Australia, who hasn’t completed the rest period suggested by their cricket board is not expected to arrive before the season opener.

KKR are a strong team on paper, with little known match winners in their ranks. If the top order can deliver consistently and if the other bowlers give Narine good support, there is no reason why they can’t defend the trophy.

SRT & SRK both rocks....their teams might get failed...but they can never be... 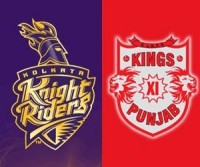