Of misplaced strategies and captaincy blunders 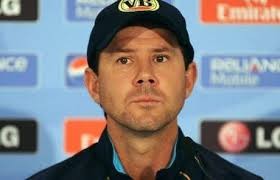 The Indian Premier League has almost reached its midway mark and like every year, a couple of teams have runaway at the top, while two fancied teams are scrapping up the middle of the points table. While RCB’s success has often hinged on the trio of Gayle-Kohli-De Villiers, Mumbai Indians, despite boasting of riches like no one does, are still struggling to fit in their million dollar man Glenn Maxwell, making him the butt of all jokes for no fault of his.Can he be blamed for the fact that he is the most expensive bench warmer? The answer is obviously no for the team management including the coach John Wright, mentor Anil Kumble and the owners have blatantly made a mistake by appointing Ricky Ponting as captain. The problem in appointing a foreigner as captain is far more deeper than it looks, especially if they aren’t delivering the kind of performances expected of them.It has happened to Angelo Mathews, has happened to Kumar Sangakkara and now to Ponting. The only difference being the first two have dropped themselves to allow a flexible XI. Whether Ponting voluntarily decides to sit out remains to be seen. The game between Mumbai Indians and Delhi Daredevils presented the perfect talking point. Mumbai lost two early wickets, Ponting decided to drop down the order, but as the innings progressed, it made it increasingly in favour of the likes of Kieron Pollard to come in and blast towards the end. That left Ponting searching for a batting spot. If he isn’t going to bat in the top three, there makes a perfect case of him stepping aside and allowing the luxury for the team to choose from the other foreign players like Dwayne Smith, Maxwell or Mitchell Johnson, who has bowled quite beautifully without much luck so far this season.Mumbai, till last season, underutilised Pollard. This season, they’ve made the blunder of choosing Ponting as skipper, thus blocking the path of one foreign player, which could prove costly as the tournament advances towards the latter half. Another team, in their quest to add an element of mystery, has completely lost the plot. Kolkata Knight Riders, the defending champions, are in the middle of a slump and once again poor strategies seem to be weighing them down. Jacques Kallis at the top of the order makes sense, but having him bat in the middle when he forever appears to be daunted by the pressure to score isn’t doing them any good.That puts more pressure on the likes of Eoin Morgan to blast right from the start given Yusuf Pathan has failed to retun the investment made in him. Close to 2 million dollars for very little and one gets the feeling that a harsh call is just round the corner. Gautam Gambhir has given Yusuf a longer rope than anyone could have ever given him, and with him failing continuously, the team will have to look for other options.It is far too easy to find faults and loopholes when the team is losing, but that is when the teams really have a chance to assess their shortcomings, right? If they don’t make the change now, perhaps it would become late to ring in the changes when the top two slots are already decided, which will then mean teams will have to scrap in to the playoffs. What they of course do remains to be seen!