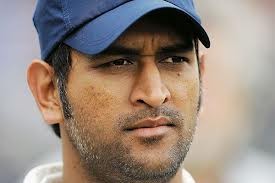 It’s been almost 6 years that Mahendra Singh Dhoni is at the helm of the Indian Cricket team across all formats of the game. Under his superb leadership skills, he has given India the most elusive & coveted trophy after 28 years- the World Cup. He has reached every pinnacle successfully from getting the no.1 status in the Test format in 2009 to being the present no.1 team in ODIs. It’s been a tradition in Indian cricket since so many years that whenever team succeeded, we complimented the whole team specially the captains. But when it comes to losing one or two games, we held only the captain responsible. Former cricketers become legends & then after cricket life become critic years by years & their views also tormented the current skipper since he took over the captaincy from Rahul Dravid.

When he first took charge of a young team in World T20 in 2007, nobody even counted the team to win & he proved everybody wrong. Then critics slammed him along with selectors to pick a young team to face a mighty Aussies in their own den in 2008 & again he returned with the first won Tri-series trophy in Down Under. But the biggest criticism he faced just after winning the World Cup in 2011 when Team lost 8 successive away Tests in England & Australia & again at home against the former. Someone even questioned his place in the squad saying he never liked him as a skipper. But one thing why don’t they understand that it’s the team as a whole wins and loses a match. Actually, behind Dhoni’s success, there have always been his bold & fearless decisions which separate him from former captains and I am not afraid to say that we are still living in those eras of traditional leaderships. It’s proven why the team successively failed over last couple of years and why now the team is dominating the world cricket. Now, can anyone ask critics who is responsible for this change in this Indian team? The whole team who missed Dhoni’s composure during two losses in recently concluded Tri-series or the Captain who wins the final match from a losing position.

Dhoni’s dismal record overseas, Is it time to move on? 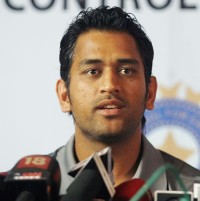 Is it time for a change in Captaincy?