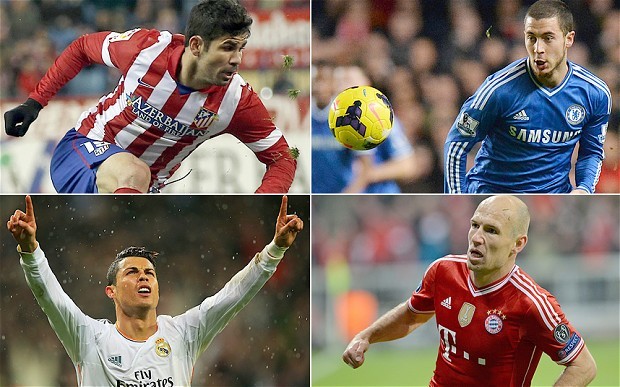 The draw for the UEFA Champions League Semi-Final paired the European powerhouses Bayern Munich and Real Madrid together in what would the sixth semi-finals meeting between the illustrious opponents. The other semi-final will see Jose Mourinho’s Chelsea take on Diego Simeone’s high flying Atletico Madrid.

German teams are generally considered bogey teams for Real Madrid in the Champions League and Real Madrid have a particularly poor record against the Bavarian giants in the semi finals, losing to Bayern in four of the five semi-finals they have contested. Real Madrid have not won the competition since 2002 and will be eager to end the long wait for their 10th European title. However Real Madrid can take heart from the fact that they have overcome two German teams in the Pre-quarters and the Quarters but Bayern is a different animal altogether compared to Borussia Dortmund and Schalke.

The other semi finals will be contested between surprise Spanish league leaders Atletico Madrid, who knocked out Barcelona in the quarters and Chelsea. There was a controversy going on that Thibaut Courtois won’t be allowed to face his parent club Chelsea if the two teams met but UEFA has clarified that the talented goalkeeper will be permitted to play the games. Meanwhile Jose Mourinho will again attempt to become the only manager to win the Champions League with three different teams but knows the tough job at hand against Diego Simeone’s fighters.