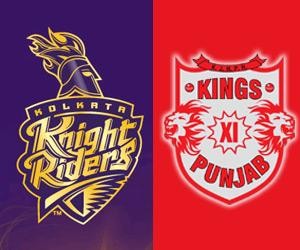 After an action packed last couple of matches which saw Chennai pushed miraculously to the third spot and Rajasthan being thrown out of the tournament, we have finally reached the business end of the IPL. The Knight Riders will clash with the Kings XI for a place in the finals in the first qualifier which takes place at the Eden Gardens.

The Knights have one of the strongest and most versatile bowling attacks in the entire IPL. Their economy rate is the least among all the teams and they are the only attack to have kept the mighty destructive Kings XI batting lineup on a leash in the league phases. They will expect to repeat those performances in this all important encounter. Their batting line-up has peaked at the right time and almost all batsmen are in good form. They have the orange cap holder in Robin Uthappa who has single-handedly turned around the fortunes of the franchisee and gave them the much needed self belief. They have the momentum with them and will be confident of getting one over the table toppers Punjab in this epic battle.

Punjab on the other hand have decimated all who have come in their way. They have scored more then 150 on all occasions when they have batted first except in the two matches involving KKR and have not lost a match while chasing. Glenn Maxwell’s form has tapered off in the India leg of the tournament and Punjab will be hoping he can find the same form which terrorized bowlers in the first leg of the IPL. Miller and Vohra have been in fantastic form recently and they will aim to carry on their form in the qualifier. Their bowling line-up though is their weaker suit, but they have punched above their weight. Akshar patel, Balaji and Rishi Dhawan have been very good for the Kings XI, and on a slow Eden gardens track they could be very handful.

It could be termed as a battle between Kolkata’s bowling vs Punjab’s batting but in such a important clash it will come down to which team can hold their nerve better. This match promises to be a cracker but I feel as though Kolkata have the momentum and belief and might just take the cherry in this one. Can Punjab stop their juggernaut? That is one thing we should keep an eye out for.

Indian Bowlers can win them this series