Can it happen that Australian don’t fire verbal volleys before the start of any major series? After Michael Clarke’s recent quotes saying ‘It’s not about what you say, it’s about what you do’, it was expected that the upcoming series between India and Australia will be bereft of the spicy touch which has been the case over the years.

Abhishek has added a note -
Bhajji doing what he does best. Hope Turbanator makes a comeback! 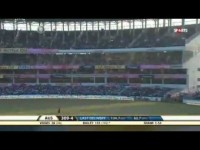 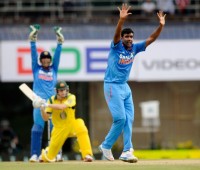