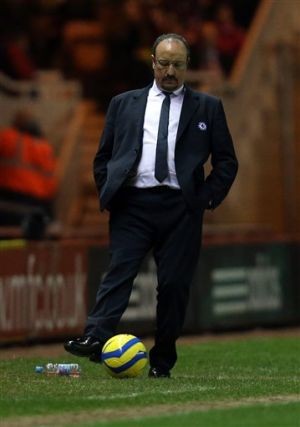 Worn down by constant criticism by fans, Rafael Benitez announced Wednesday he will leave as Chelsea’s manager at the end of the season.

The Spanish coach spoke during the news conference after the Blues won 2-0 at Middlesbrough and advanced to an FA Cup quarterfinal against Manchester United, saying his position had been untenable since he was appointed “interim manager” in November.