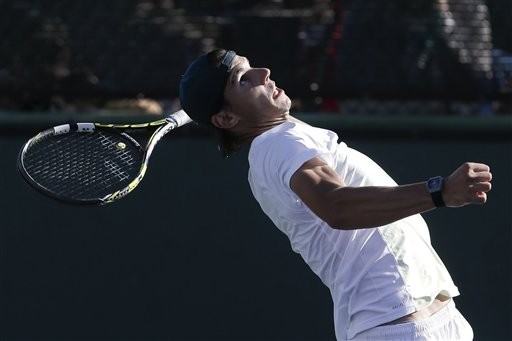 Rafael Nadal is not sure how his injured left knee will respond to his first hardcourt match of the year at the BNP Paribas Open.

Nadal is a two-time champion and three-time finalist at this event. He has not played a match on a hard court in almost a year and is only a month into his comeback from a left knee injury that sidelined him for seven months.