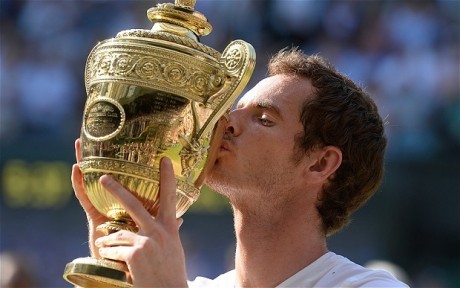 Andy Murray is currently the No. 9 in the Men’s rankings. But he has been ranked as British No. 1 since 27 February 2006. He achieved a top-10 ranking by the ATP for the first time on 16 April 2007, and reached a career peak of World No. 2 in the year 2009.
He won Wimbledon Championships singles title in 2013, and is the 2012 Olympic tennis men’s singles champion. In 2013, Murray became the sixth man in tennis history to have won over $30 million in career prize money.

At the 2012 US Open, Murray became the first British player since 1977, when he defeated Novak Djokovic in five sets. On 7 July 2013, Murray won the 2013 Wimbledon Championships, becoming the first British man to do so since Fred Perry, 77 years previously. He again beat Djokovic in the final, this time in straight sets.
Four weeks after losing his first Wimbledon final to Roger Federer, Murray faced the Swiss again at the 2012 Olympic Games, defeating him in straight sets to win the gold medal in the men’s singles final, becoming the first British singles champion in over 100 years. Murray is the only man in history to have won Olympic Gold and the US Open in the same calendar year, as well as only the third man to hold the Gold Medal and two majors on different surfaces.

He has been the runner-up in five other singles Grand Slam finals: the 2008 US Open, the 2010, 2011 and 2013 Australian Open, and the 2012 Wimbledon Championships, losing three to Roger Federer and two to Novak Djokovic. He is the second man in the open era to achieve three runner-up finishes at the Australian Open, after Stefan Edberg lost his third final in 1993. In 2011, Murray became only the seventh player in the Open Era to reach the semifinals of all four Grand Slam tournaments in one year.[11] In 2014, he became the tenth man to reach two or more semifinals at each of the four Grand Slams.

The above mentioned are all mere facts that one can find anywhere. But does this answer the question asked in the title? I believe it does. Yes, Andy Murray absolutely deserves to be among the Big Four! He may not have as many titles as the other three, he may have some trouble performing under pressure, but there are hardly any names that come to mind that have shown consistency in reaching the last stages of a Grand Slam or an ATP event. Andy Murray deserves to be a part of the Big Four because he has been defeated time and again and yet he has stuck it out and resolutely continues to keep coming back.

At present, the tides are changing in favour of younger players and we are yet to find out how Murray is going to find his place in the current scenario. However, he has proven brilliantly in the past that he has the grit and the strength of being the kind of sportsperson that we have come to identify the other three- Roger Federer, Rafael Nadal, Novak Djokovic- with. Andy Murray is, truly, the fitting fourth part of the Big Four.

Missy Franklin: Ready to take over from Michael Phelps as the "Next Great Superstar of the swimming pool" 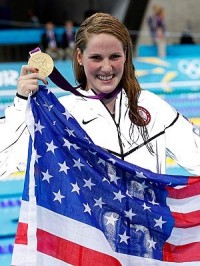