What different can the cricketers do for IPL 7? 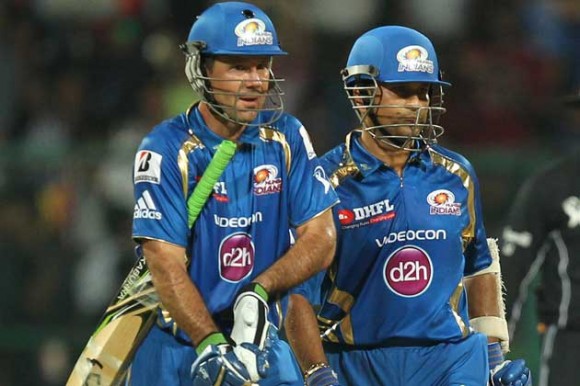 We are approaching the end of IPL6 and some cricketers have had a season to forget. The Little Master has scored very little runs and the ‘Prince’ Yuvraj has been in the hiding. Ponting has been subjected to the same that he had to in his last days as International player for Australia. Since not many like the word ‘retirement’ here are a few suggestions for some well-known cricketers for the next season.
Sachin Tendulkar should quit Mumbai Indians and join the Royal Challengers Bangalore. While he can play the anchor role and take all the time he needs and even score a 90 ball 50, Gayle, AB and Kohli can make up for the lost overs. Nobody will point fingers on Sachin for putting the pressure on the middle order like in the Mumbai team.
Virender Sehwag should join the Chennai Super Kings as a last throw of the dice to make it back to the national side. Vijay hasn’t done much at the top of the order and Mr. Cricket can help Sehwag find his magic touch. He will sldo get a chance to gel well with MS Dhoni and find the lost love.
Kumar Sangakkara should join the Mumbai Indians. They have so many star players that Sanga is sure to sit on the bench for most of the season. That way, he wouldn’t have to play, then drop himself, then play again and get replaced by someone else. He can also get some tips on how to spend time on the bench by Glenn Maxwell.
Yuvraj Singh must think of making a move to Sun Risers Hyderabad. Despite his poor form, there’s not much that separates him and the most in-form player of the Hyderabad side. He might, for all we know, become the highest run getter of his team.
Sunil Narine should consider moving out of KKR for more reasons than one. We’ve seen in the past that people who leave KKR tend to start playing well (Read as Gayle). Narine also gets an opportunity to bowl at the clueless KKR batsmen and give himself a strong chance of picking twice the number of wickets he usually picks. He can also enjoy a purple cap much better, as it won’t be of the same color as his team cap.
Ravindra Jadeja should join the Delhi Daredevils. With the kind of top order they have, he’s sure to get to bat for at least 15 overs every game. Of course, their fast bowlers go for plenty every game which confirms his quota of 4 overs in every game. This would allow Jaddu to achieve his dream of having both the Orange and the Purple Cap at the same time.
Alan Donald should quit being the bowling coach of Pune Warriors and become the bowling coach of Venkatesh Prasad, the current bowling coach of the Royal Challengers. Their bowling is horrible as it is and Venky is making it worse. So, if someone needs a bowling coach badly, it’s him. Training Pune Warriors bowlers is like heading towards a dead end for Donald.
Tweet