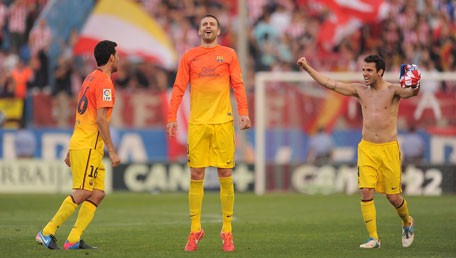 A bizarre own-goal from Atletico Madrid captain Gabi helped newly-crowned La Liga champions Barcelona celebrate as they recovered to win 2-1 at the Calderon on Sunday.

Radamel Falcao had threatened to spoil Barca’s title party when he struck in the 51st minute, but Alexis Sanchez levelled in the 72nd before David Villa’s miscued shot was diverted into his own net by Gabi eight minutes later.