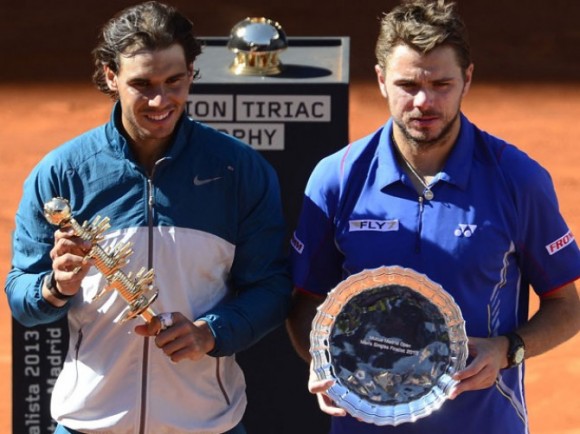 Rafael Nadal sealed his fifth title in seven tournaments since returning from a seven-month injury layoff as he claimed a third Madrid Masters title with a 6-2, 6-4 win over Stanislas Wawrinka on Sunday.

Nadal, who now holds a 9-0 career record over the Swiss, rolled through the first set thanks to two early breaks in little over half an hour. And after a little more resistance from Wawrinka in the second, Nadal broke again to go ahead 4-3 before serving out to claim his 23rd Masters Series title. Nadal now has 55 career titles with 40 coming on clay.