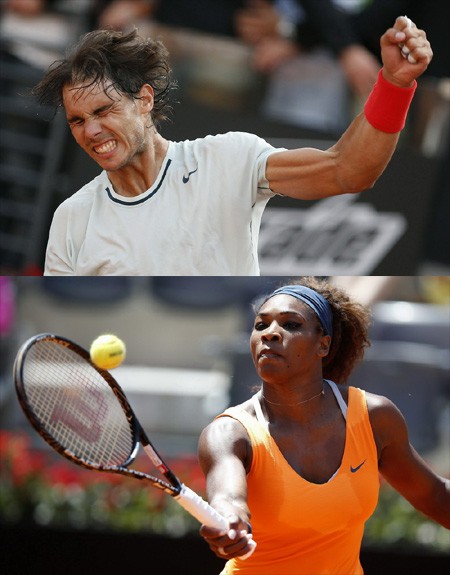 Rafael Nadal got the better of his good friend and on-court nemesis Roger Federer yet again to win the Rome Masters title after a 6-1, 6-3 triumph in the final, while Serena Williams clinched the women’s event in similar fashion against Victoria Azarenka.

Nadal has shown some excellent form on the red clay since his return from knee injury, and the Spaniard was at his ruthless best yet again, barely giving Federer a sniff in a comfortable straight-set victory for his sixth title in eight tournaments this season, his seventh overall in Rome, and 24th career ATP Masters title.

In the women’s final earlier, Williams continued her dominance with a comfortable 6-1, 6-3 win over Australian Open champions Azarenka. Williams will go into the French Open as the overwhelming favorite and on a career-best 24-match winning streak, including a perfect 15-0 in the clay courts.