Not sure which racquet I'll play with at the US Open: Roger Federer 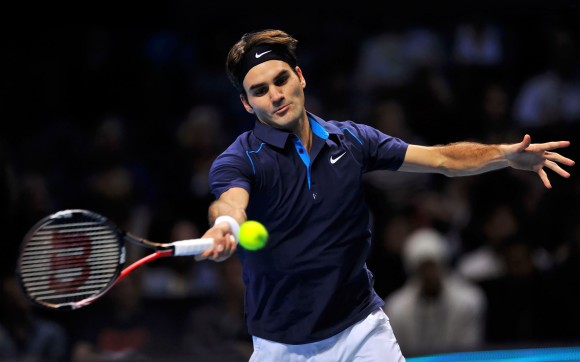 TENNIS: Roger Federer, who is regarded the G.O.A.T. (Greatest of All Time) by many, switched to a larger 98-inch square head size racquet a few weeks ago. However, the Swiss revealed on Monday, that the decision whether he will play with his regular racquet or the new one at the U.S. Open Championships this year, has not been made. “So far, I’m happy with this change. But I need many hours on the court to see if this is a good decision. I haven’t yet taken the decision on whether to use it in the US (he begins his pre-US Open campaign in a fortnight at the Montreal Masters). I still need to think it over”

Federer was quoted as saying in an interview. “There are players who have experienced problems when they changed racquets, Fernando Verdasco and to some extent Novak Djokovic. “I’m pleased how it’s playing. I kind of knew it from practice, so it wasn’t like just jumping into the water, but I’m very happy that under match conditions I was feeling comfortable with it. I’m satisfied,” the 31-year-old mentioned further. Federer was upset by Argentine Federico Delbonis 7-6, 7-6 in the semifinals bet-at-home German Tennis Championships, an Association of Professional Tennis (ATP) event.

The 17-time Grand Slam champion has been suffering from a bad phase of his career, losing to unseeded Sergiy Stakhovsky in the second round of Wimbledon - his favourite tournament. However, one cannot dare to forget his contributions in the past. Federer, who also won the silver medal at the 2012 London Olympics, plans to begin his preparations for the U.S. Open, with the Montreal Masters in the next couple of weeks.

Federer to Face Off against Del Potro in Basel Final

Grigor Dimitrov : Can he fulfill his potential?

Can Roger Federer win his 6th title at the Flushing Meadows?