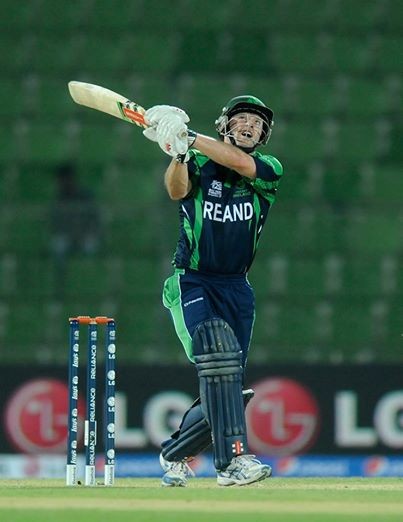 Another day of qualifying turned out to be quite a routine of sorts, as the starting favourites Zimbabwe and Ireland comfortably overcame their opponents Netherlands and UAE respectively.

In the earlier match, Netherlands put on a respected total of 140. Following a top order collapse which reduced Netherlands to 35 for 4, Tim Cooper came to their rescue as he scored a quickfire 72 off 58 balls. He got reasonable support from Ben Cooper and Mudassar Bukhari from the other end. Prosper Utseya was the pick of the bowlers as far as Zimbabwe is concerned, as he ended with figures of 2 for 24.

The Zimbabwe chase started off in a good fashion, as Hamilton Masakadza and Brendan Taylor got together to stich a 62 run partnership. There was a mini collapse as Zimbabwe lost two wickets for the same score. But Sean Williams ensured that Zimbabwe somehow crossed the line, as they had to complete the target with only one ball left.

In the other match, Ireland overcame the target set via the par-D/L score. After being set a modest 123 to chase, thanks to useful knocks from Shaiman Anwar and Amjad Ali, Ireland were breezing towards their target, thanks to the Porterfield-Joyce duo. Though they lost wickets in a hurried fashion, they were 21 runs ahead of their par-D/L score. This victory has drove Ireland closer to qualifying.