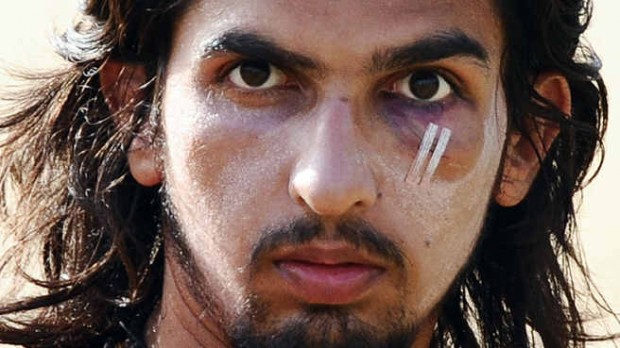 One and only one thought revolved in his head as he clenched the white ball firmly in his hand. That one sentence made him who he is and gave his life the very purpose it needed. “Ishant, you are the only member of MUPPET (Most Useless Players Playing Ever Team) who can save the world from BCCI”, said Michael Vaughan (retired member of MUPPET). In PCA stadium, Mohali chants of “India, India” reached the decibel level that only Siddhu’s laugh could surpass. The atmosphere could have unnerved even the tranquil Manmohan Singh but Ish was like a man on a mission unfazed by the ambience and Kohli swearing at him. With 44 needed off 18 balls and with no.8 on strike Ish knew that even someone of his stature had to give it all to change the game. He remembered the exploits of his idols Dan Van Bunge and Stuart Broad for one last time before letting go of the ball, and as he hoped the ball landed outside the boundary. But Ish knew he had to repeat this 5 more times and 30 runs later he did exactly that. The intensity of expletives by Kohli and crowd alike attested that this was the finest performance by a living legend. But Ish knew he had a thankless job and his long hair is no coincidence, his hair shielded his emotions as his trudged off to the third man boundary for he was only one could stop BCCI from taking over the world. One lost game was just a minor blip, Ish knew this was just a beginning and the road to future failure is paved with superb Indian batsmen. But Ish is trying to change the world, one run at a time.