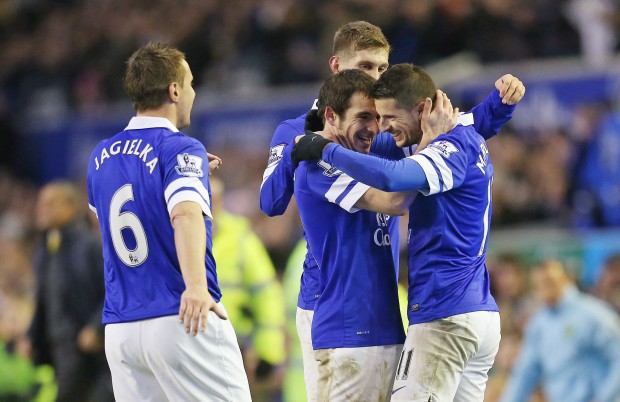 At the end of the 2012–13 season David Moyes left his comfort zone at Everton to take over the helms at Manchester United. In comes Roberto Martinez for the season 2013-14, leading Everton to 5th place league finish into his first season. With a settled squad and manager, is this the season when Toffees will finally break their glass ceiling.

Roberto Martinez hit the ground running last season, amassing Everton’s best points tally for the last 27 years. The Merseyside Blues saw a football renaissance under the Spanish manager, moving away from the defensive, stubborn and safe style of Moyes to a more aggressive style of emphatic pressing and emphasizing on possession never seen before in an Evertonian side. Like our favorite defensive midfielders as Conte and Guardiola, Martinez has his unique football philosophy. He utilized a very fluid 4-2-3-1 system providing midfielders with a great deal of flexibility in the attack. With James McCarthy, Ross Barkley and Kevin Mirallas exploiting the space created and Tim Howard’s defense standing-tall in between the posts. Martínez also have at his disposal an attacking and aggressive full-back combination with both Coleman and Baines bombing forward at every opportunity they get.

Unlike Toffees of the late, Martinez has been a busy customer in summer transfer market. Especially with Europa League too coming up, he looks aware of the need for quality and depth at certain positions. With the club finally signing the striker Romelu Lukaku permanently for a club record £28 million and Gareth Barry for free from Man City, they are ready to build on the same squad from last season. Lukaku is the type of high-profile move Moyes never could have pulled off and thus shows the confidence of management in Martinez. Signing Muhamed Besic adds depth while Christian Atsu on loan from Chelsea is the perfect masterstroke that gives them much needed variety in attack.

Martínez signed a new five-year contract after the last season ended. And rightly so as in Barkley, McCarthy and Lukaku, Everton have some of the most exciting young players in the Premier League which they never had for many generations. All three have got the pace, power, composure on ball, strength and most important of all the technical skills to play well in their Gaffer’s system favoring an attacking style of football with importance to both passing and possession. If these brightest prospects can stay fit, perform consistently and improve, then sky is the limit for the Mersey Blues.
With a committed captain like Jagielka, complete backing of the owner Bill Kenwright and exceptionally unique talents at hand, Martinez has got the right mix to propel this team to great heights. Though they missed out on a top four finish last season, it was an incredibly achievement and a very successful season for Everton and their Spaniard. After finishing fifth with a record English Premier League points tally last season, the Toffees have strengthened their squad significantly and look jet set ready to fight their way into the top 4.