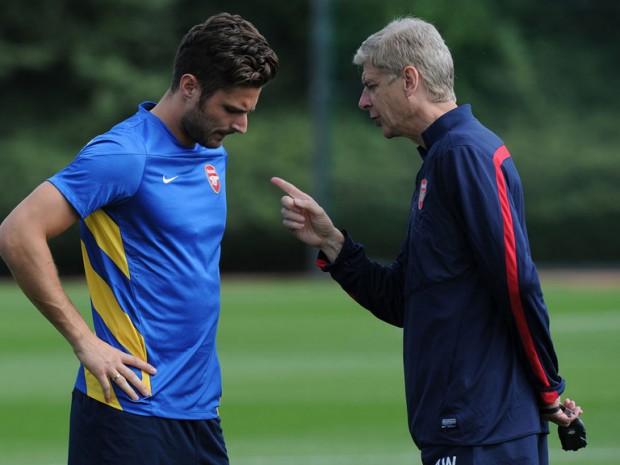 A lookup of Arsenal’s trophy triumphs reveals a glut between ’98 and ’04, and an absolute drought for the next 10 years until 2014. Staunch supporters and fierce critics would in unison point out the lack of a quality striker in this period as the reason for this dry spell. Arsenal for long has played host to immensely gifted strikers of the topmost calibre such as Robin Van Persie, Ian Wright, Dennis Bergkamp and Thierry Henry. The last two were a part of the memorable Invincibles team of 2003-04 that went an entire season without losing a match; an incredible achievement indeed. The two teamed up to create a slew of memorable goals that were breathtakingly elegant; be it Henry’s beautiful backheels or his inclination towards taking freekicks in a hurry to catch the keeper unawares; it is the sheer creativity that kept the Gunners ticking.  While linking the downturn in the Gunners’ fortunes to the exit of these illustrious individuals is far-fetched, it certainly gives a prod in the direction of a dearth of quality strikers.
The truth is, the strikers in the latter half of the decade just could not live up to the standards that were set by their illustrious predecessors. Robin van Persie who also captained the squad was a frequent presence on the injured list, while others like Walcott,Adebayor, Bendtner and Giroud have been patchy and erratic in both form and presence in the team. Olivier Giroud, their current central striker has been the subject of much ridicule and commentators. While Giroud has averaged at just under one goal in every 2 games, he seems to be out of sorts with the way Arsenal is built to play. His link up play might be superb, but it comes at the cost of pace, which has always been the forte of Arsenal’s attack, the famed Invincibles line up being a case in point. He has also been wasteful while in possession, which has often frustrated the Gunners faithful. While Arsenal have ample strike options on paper in Lukas Podolski, new signing Alexis Sanchez, Theo Walcott, Joel Campbell, Alex Oxlade-Chamberlain and Yaya Sanogo, a cursory look through this list is enough to conclude that these players are not enough to boost Arsenal’s campaigns in the Premiership and Champions League. The fact that Wenger persisted with Giroud last season inspite of the Frenchman being often erratic is proof enough for the same. Quite a few players in the list mentioned above are not out and strikers. Sanchez, for example excelled in his role as a winger for Barcelona and was never employed at the front of its strikeforce. Podolski has also not completely proved his worth at Arsenal and is not a viable option as a striker. Ox Chamberlain is widely regarded as a midfield player who can create chances through his searing pace and nimble footwork.

As transfer deadline draws nearer, Wenger has stated that he does not need a new striker, and will continue to employ Giroud in that role. However, with memories of a Premier League titled fast becoming a fading memory, and the Arsenal fans getting impatient for more silverware after FA Cup and Community Shield triumphs, Wenger might just be forced to rethink his decision and look to replenish his attacking infantry ahead of a crucial football season