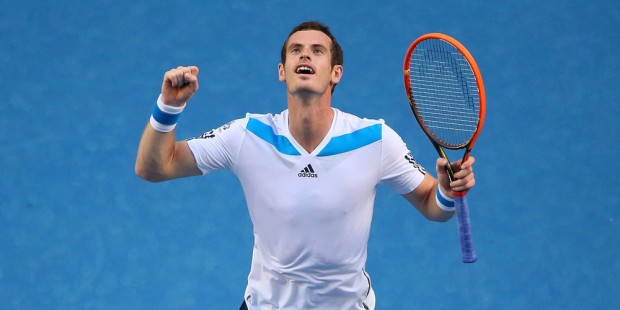 Andy Murray is no stranger to the burden of expectations during tough challenges and eventually overcoming them. He has been the poster boy of British tennis for a while now, having always being looked at as someone with immense talent and skills. Tennis lovers have been swayed by his speed and power but the same followers have also raised doubt about his ability to step up to the challenge of big ticket matches.

He has been shouldering the burden of expectations of an entire country who had to wait for 70 years before their Grand Slam drought could end. When Andy Murray won the U.S. Open in 2012 before clinching the gold medal in 2012 Olympics, it had send an entire nation of tennis fans in a state of ecstasy. The Wimbledon finals victory over Novak Djokovic in 2013 was the icing on the cake and he was the toast of the country as it appeared that his time had finally arrived. He had rightfully achieved his place in the Big Four.

But after that high, things started to roll back to the old ways. That typical Andy Murray pattern began to resurface in Grand Slams. He used to have a rock solid start, breeze through the initial rounds crushing his competition along the way. He would play attractive shots and take the breath away with his tennis now and then, but as the business end of the tournament would arrive, he finds a way to let the opposition seize the initiative and just when you thought that this could be Andy’s grand slam, the hopes wither away. Sometimes it happens in the finals, like this year’s Australian open, or a bit earlier as well.

As expected, the critics have drawn out their daggers and have been dissecting his game to pieces. Although he has been winning tournaments, last year he became only the 6th player in the history to earn more than $30 million prize money in a year, but it’s the Grand slams that are the ultimate hallmark of a great player.

So under such a heavy cloud of doubt and anticipation, can this be the best chance for Andy Murray at Grand Slam glory and silence the loud voices of his critics? It was at this very place that Andy had won his first ever Grand slam, undoubtedly the biggest high of his career yet. In fact, he has had fond memories of playing in U.S right from his junior days.

What might actually work in his favour is the fact that defending champion Rafael Nadal has opted out of the tournament due to injury, leaving the field wide open. The rest of the competition is either out of form, rusty or simply untested. This can be the perfect opportunity for Andy Murray to take on the mantle and progress from the Big Four to the Ultimate One. I won’t be easy, but then Andy has always had it after a tough fight.