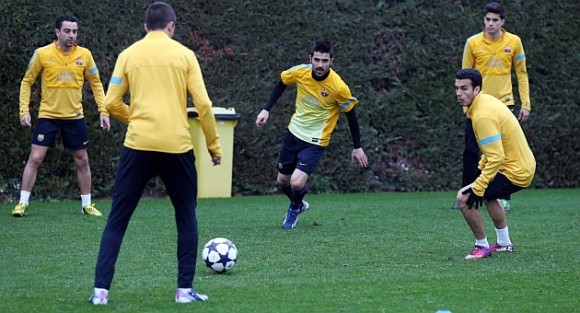 The main stories are that Xavi Hernández has recovered and is back in the squad, whilst Adriano is out because of a knock and David Villa is missing out due to a managerial decision.

Adriano Correia still suffering from a hamstring niggle in his right leg that forced him to ask to be taken off.

The club’s striker, David Villa, will also miss out on the game in Milan. The decision not to include him is managerial but is based around him not being able to attend training last week, even if he is back to full training now, due to a case of renal colic that caused him to be hospitalized twice.

IS LUIS ENRIQUE THE RIGHT MAN FOR BARCA??