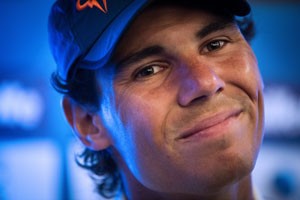 Rafael Nadal will test his troublesome left knee again this week at the Mexico Open, then decide if he’ll brave the first Masters Series event of the year on the hard courts of Indian Wells.