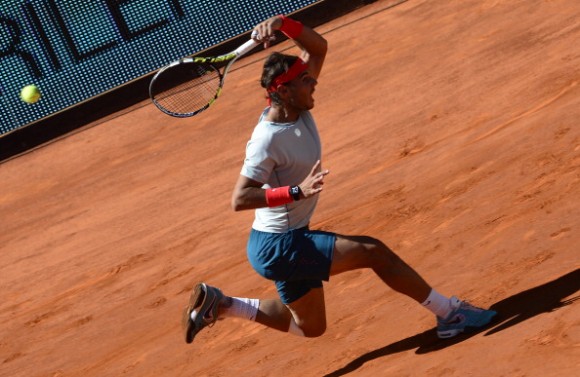 Rafael Nadal takes on Fabio Fognini in the second round of the 2013 Internazionali BNL d’Italia in Rome.

Fresh from his Madrid Masters triumph, Rafa is hunting another significant 1000 series title this week.Nadal will surely be spurred on by the incentive of getting back in the top four if he wins the event. This would give him a major seeding boost at the French Open, and would allow him to avoid Novak Djokovic, Andy Murray and Roger Federer before the semi-finals.