Railways bowler Karan Thakur does an Anil Kumble... Grabs all 10 wickets in an innings 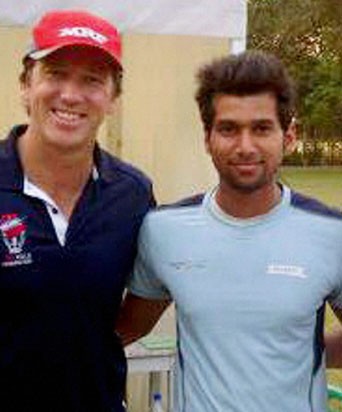 Railways bowler Karan Thakur entered the record books,albeit on a losing cause, when he took all 10 wickets in an innings against Baroda A at Vadodara in the CK Nayudu Trophy. At the end of the match his stats read 28.5-5-77-10.

Anil Kumble holds the world record at the international stage against arch-rivals Pakistan when he grabbed all 10 wickets at Ferozeshah Kotla Delhi, in the second Test in Feb 1999.