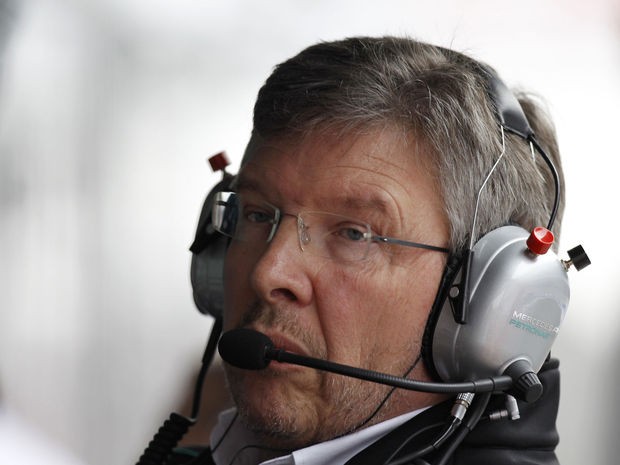 Formula 1 is in deep crisis recently. It’s not been so long since we saw Bernie Ecclestone who controlled the sport of formula 1 for nearly 4 decades has being charged over bribery allegation in Germany which forced him to step down from the board of the company which runs formula 1. Another shocking news came out on the 2nd of February 2014, the former Mercedes racing team Principal Ross Brawn confirmed that he is retiring from his long career in motor sport and has no intentions to come back which he started long back in the year 1976. He recently stepped down as the team Principal of Mercedes F1 team at the end of last season. This news has bought in shocking waves in the motor sporting fraternity. It is indeed a difficult situation to loss two important personalities whose names were associated with formula 1 from decades.
Talking about Ross Brawn, he is the one person who was very much involved in the making of one of the greatest F1 driver ever, Michael Schumacher. Under his strategies a seven time World Champion was made. He was behind all the accomplishments made by Michael Schumacher. The above achievements speaks a lot about the potential and the credibility of Ross Brawn in racing.
If you see the career graph of Ross Brawn he came from the lower most profile in the racing field from being a milling machine operator of a formula 1 construction team to becoming the strategist for Ferrari and later as a Team principal of a F1 racing team. He is the master of all jacks in Formula 1 racing.
Adding to the above he was the main person behind the team Brawn GP. He had the expertise and capacity to build a championship winning car from nowhere. He took over the Honda F1 team with 54 % stake in the year 2009 and was able to win both the constructors and driver championship in the same year. He was able to change the mind-set of racing fraternity and showed the world his passion for racing by breaking the trend by beating the big boys like Ferrari and McLaren by winning the constructor championship and making Jenson Button a Formula 1 world champion. This brought a drastic change in formula 1 where in all other teams started believing in their capability to become the champion in formula 1 in future.
If you consider the current scenario Red Bull has been dominating most of the races in the past 4 years and winning both the constructor and driver championship. The sport is being considered too boring by the fans. The interest in formula 1 is being deteriorated in the recent times. One man who can bring a change and who can challenge the Red Bull’s is Ross Brawn. This is the time the sport needs him the most just because of his ability and expertise which is capable of achieving anything in Formula 1 which ultimately able to change the mind set of people and generate interest again in sport. It is a huge loss for the sport itself if Ross Brawn considers to hang on his boots. It’s a huge dent in the motor racing fraternity to loss a man of such expertise. Even if we see the result of the past season Mercedes were the only team which were able to catch up with the Red Bull racing team in the entire season. Even though the team was not able to win the championship everybody did believe that Mercedes were the only team which was capable of challenging Red Bull.
It is very much important for Formula 1 as a sport to have Ross Brawn tagged to it. Recently he has given a press statement saying "I’m going to take a year to enjoy the fishing and then see what life brings. I’m looking forward to it but I’ve got no other plans.” We are just hoping to see Ross Brawn not enjoying his fishing days and would like to see him back to the place where he belongs.

Tottenham Hotspur’s: It’s time to buckle up and stop pointing fingers at each other for a bad season.

Would we be seeing Raheem Sterling wearing the Three Lions on his chest in the FIFA world cup of Brazil 2014..???

Could anyone bring back the smile in the Emirates Stadium for Arsenal…???