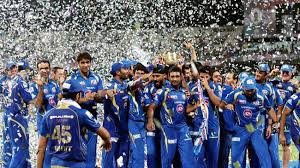 After gifting a perfect sendoff to Sachin Tendulkar by winning both the IPL and the Champions League previous year, the Mumbai Indians will definitely start off as favourites coming into this edition.

Something which was quite surprising during the auction was the number of players Mumbai Indians bought. Instead of keeping a huge bench strength, like in the previous years, they have shed off many quality players, but have somewhat maintained the core team of the last IPL. While the key players like Rohit Sharma, Lasith Malinga and Keiron Pollard were retained, their buys weren’t that exceptional, but full of quality. While bagging Mike Hussey was a good move, concentrating on quality spinners was the evident strategy, as they used their “right to match” card on Pragyan Ojha. Also, the return of experienced Zaheer Khan will definitely profit the MI.

It was a gamble to buy Corey Anderson, considering the reputation NZ players have against spin. But his all round capabilities will certainly prove to be handy, and more importantly, bagging him for just 4.6 crore Rupees can be somewhat considered as a good buy.

Lasith Malinga : Possibly one of the greatest T20 bowler, Lasith Malinga is an epitome of inswinging yorkers. Apart from that, the highest wicket taker in the IPL has been in prime form, with his exploits at the recent WCT20 being the indication.

Rohit Sharma : When he gets going, not even the best can stop him. But he had been awfully out of form for the past 6 months, but has recovered somewhat in the T20 WC. The captain’s form will be a driving force if they have to defend their title this year.

Keiron Pollard: This all rounder is one of the most dangerous players in T20 circuit. While he is known for his big hitting, his medium pacers are no freebies. And for a big man, he is an exceptional fielder. A complete package, and definitely a key to success for MI.

Jalaj Saxena will be definitely one of the key local player for mumbai. While his batting abilities will prove really handy, being an off spinner will be an asset for the team, considering the conditions at UAE and Mumbai.