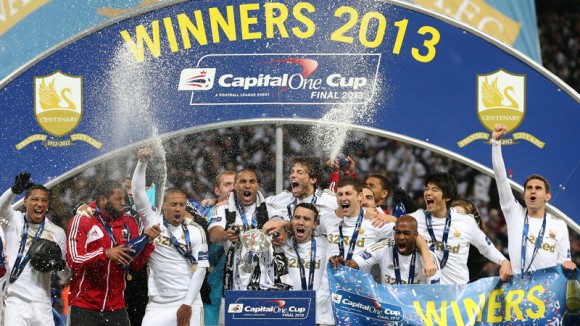 Swansea displayed a 5 star performance by defeating Bradford 5-0 in the Capital One Cup final played at Wembley stadium.
For Swansea Dyer and Guzman’s found the back of the net twice while Michu scored a goal thereby registering the biggest win in final history.This is their first major trophy in English football.