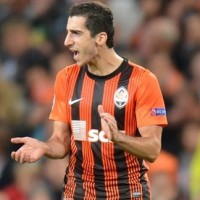 Borussia Dortmund have announced the capture of FC Shakhtar Donetsk forward Henrikh Mkhitaryan for a reported €25m, with the Armenia forward set to sign a four-year deal.

Bharath Kumar has added a note -
Liverpool fans will be disappointed that the club could not capture Mkhitaryan who rumored to join them. But Borussia Dortmund and their UCL spot made the final difference.  As Shakhtar and Dortmund confirmed their capture of the attacking midfielder who will play in Mario Gotze’s position.

The Gunners look confident but the league title seems far-fetched